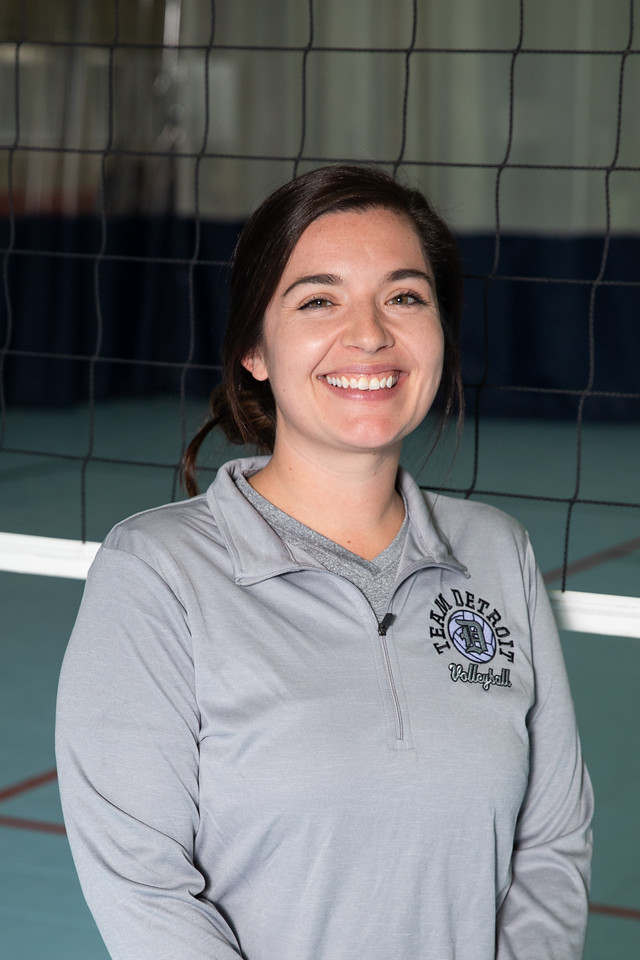 Shilo is one of the founding members of Team Detroit and is in her 7th year with us!  As a player, Shilo was named Honorable Mention All-American at Macomb Community College and finished her playing career at Concordia University in Ann Arbor where she was named team captain.
.
She has been coaching High School and Club for 10 years during which she has won a National Championship at Asics in 2016, 4 AAU State titles, been named Team Detroit Coach of the Year twice and KLAA Region Sub-Varsity Coach of the year in 2016.
.
Shilo Stewart is co-coach for 16-Red in 2021 and a Master Trainer at Team Detroit.
.
In her free time, Shilo enjoys playing indoor and sand volleyball. She also enjoys hiking in the Upper Peninsula and exploring unique microbreweries with her husband Mike.