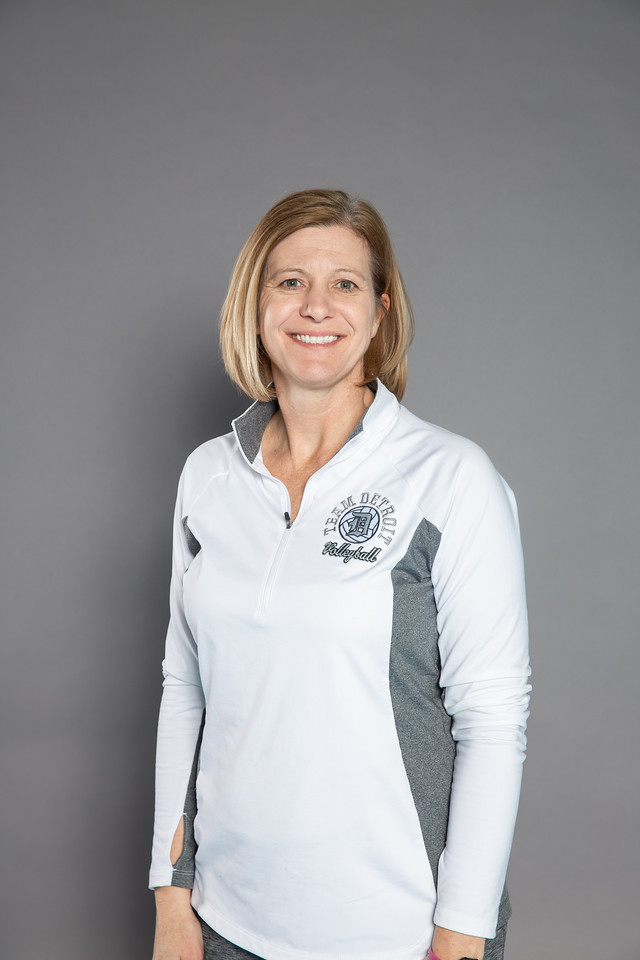 Sandi has been coaching for over 16 years and is in her 5th year at Team Detroit. She began coaching at Queen of Martyrs and then moved on to coach at Farmington Hills Mercy High School as the junior varsity and assistant varsity coach. She also served as the freshmen and assistant varsity coach at Bloomfield Hills Marian High School. Sandi Lynch was also a volunteer assistant coach at Wayne State University. Sandi has coached club volleyball for many years at Instant Replay, Next Generation, and now Team Detroit where she won 4 MJVBA state championships and numerous other tournament titles.
.
Lynch played volleyball at Oakland University where she majored in Psychology with a minor in Sociology and a specialization in Criminal Justice. Sandi works with individuals with special needs.
.
In her free time she enjoys spending time with her husband and four teenage daughters.