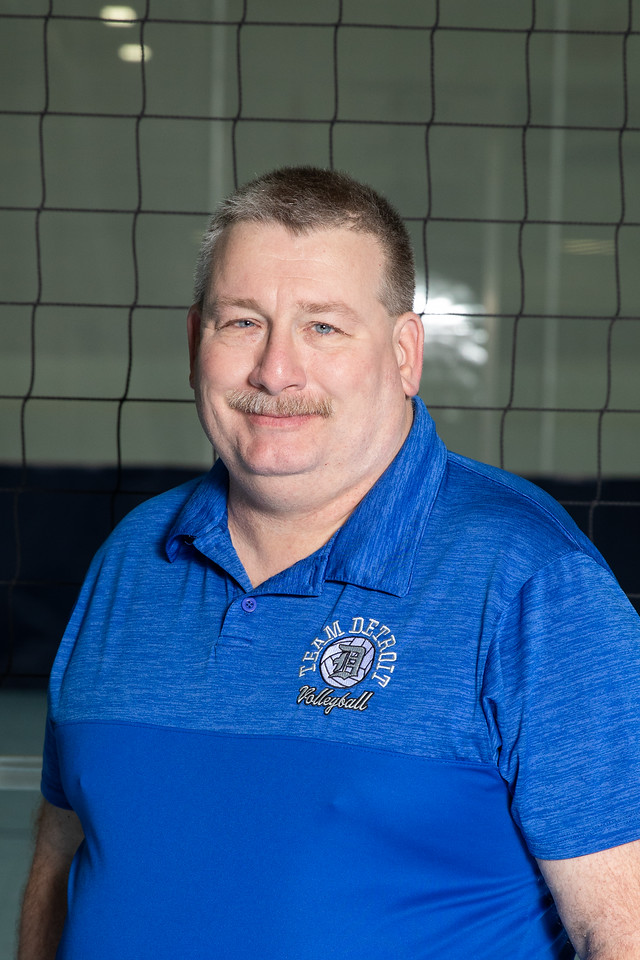 Myron has been a highly successful player in local, state, national, and international tournaments since 1981.  He began his coaching career in 1988 at the University of Detroit for the men’s club team.  Myron has coached at the high school level since 1996 for Bishop Foley Catholic, Lakeview, Immaculate Conception, Detroit Country Day, and Madison High Schools.  He has also coached multiple teams at the CYO level for Immaculate Conception.  Myron “retired” from high school coaching so he could enjoy watching both of his daughters (both All-Catholic Liberos) play at Bishop Foley.

Myron's club coaching career began in 2006 and he has coached at Team Detroit since 2015.  His specialty is teaching passing and defense.  Myron is known for not letting his team say “I can’t…”.  Luck is when preparation meets circumstance.  When he is not coaching volleyball, he likes to go fly fishing or golfing.  Myron holds a degree in chemical engineering from Wayne State university. He is currently an engineer at FCA in Auburn Hills.