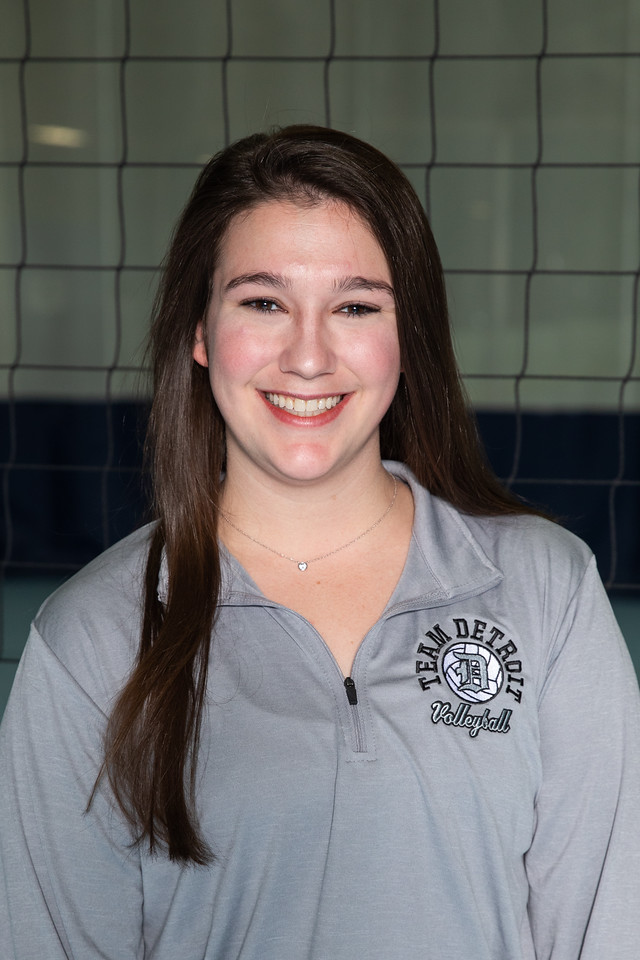 Malia has played volleyball for 15 years and played Division 1 at Northern Illinois University where she was a 3 time MAC All Academic Team, 3 time West Division Champion, 2 time MAC Conference Champion, MAC Tournament Champion, and her team made the 2017 NCAA tournament field. . Malia has coached for 7 years is currently the head Varsity coach at Father Gabriel Richard High School in Ann Arbor. She previously coached at St Catherine Academy in Wixom. Her accomplishments include Catholic League championship, Regional championships, and an appearance at the State Semi-Finals in Battle Creek. She was also nominated for coach of the year for class C in 2018. This is her 8th year with Team Detroit. In 2018 Malia placed 3rd in AAU Nationals and then won a National Championship at GJNC in Detroit with her 14-Red team! In her free time she enjoys baking, hanging out with her husband Erik, son Marshall, and 2 dogs.