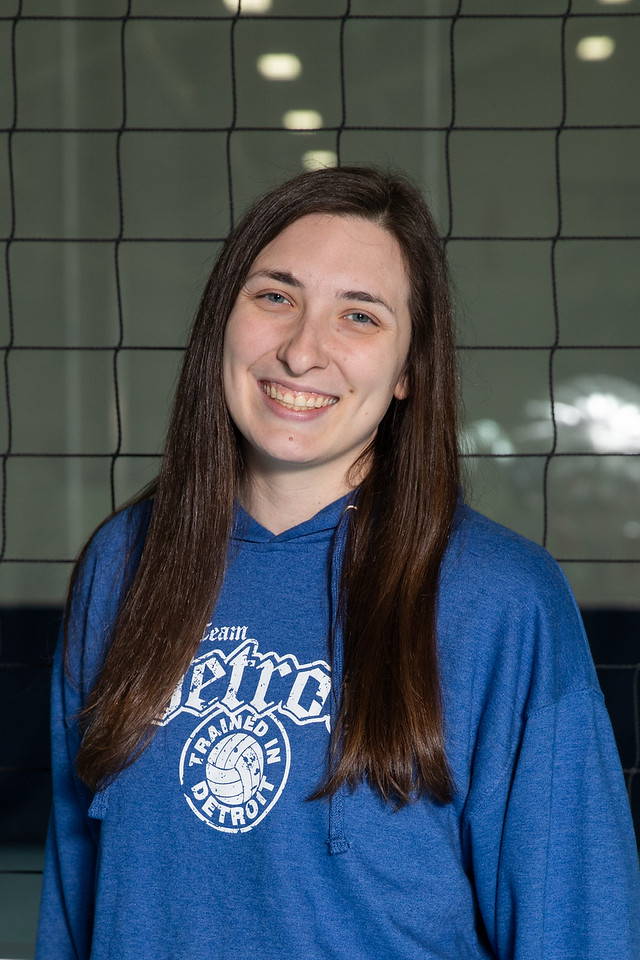 Kaitlyn is beginning her first year coaching at Team D. Kaitlyn currently coaches at Royal Oak High School she started off as the freshman coach and was bumped up to JV the year after and has been the JV coach for the past 5 years. Kaitlyn also coaches a Detroit PAL team out of the charter school she teaches at.

Kaitlyn attended and played volleyball at Milford High School where she is now a member of the Athletics’ Hall of Fame. After high school Kaitlyn went on to play volleyball as a student athlete at Central Michigan University where she helped her team win the MAC Championship in 2011 being named MVP of the tournament. CMU then went on to make their first ever NCAA tournament appearance.

Kaitlyn currently teaches Pre-k at Dove Academy of Detroit.  Kaitlyn resides in Madison Heights, Mi with her husband Ryan and is a dog mom to Yogi and Guster. In her free time Kaitlyn loves going to the zoo and loves anything Disney.