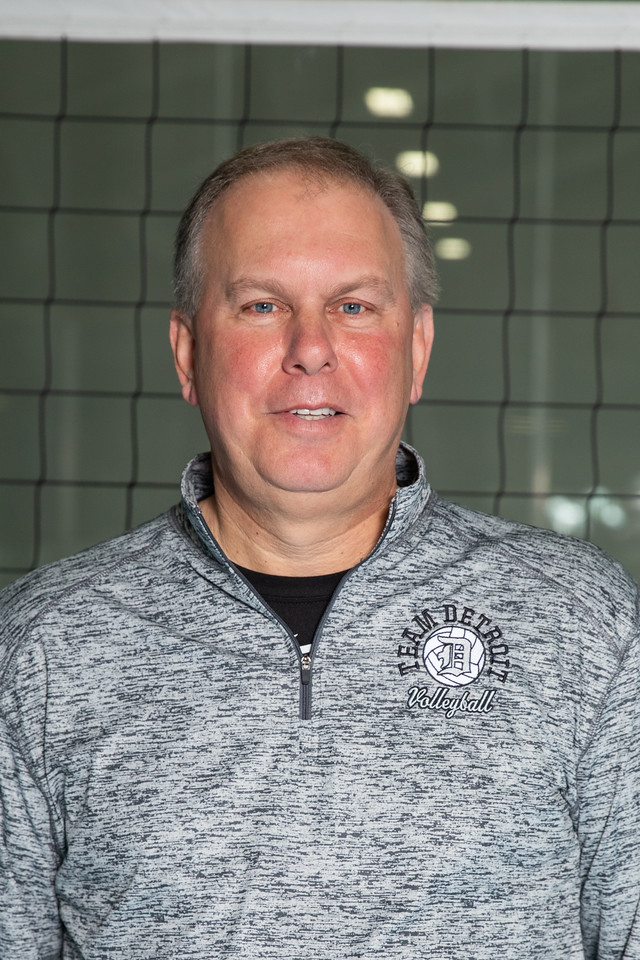 Joe has been a successful volleyball player and coach for over four decades. During that time in volleyball as a player he has played for many men’s teams highlighted by being player / coach of AVC volleyball club which attained state championships, numerous men’s open level tournament titles, city championships, and open level co-ed tournament winners.
.
Currently, Joe is the head coach of Team Detroit 18-Red National Team and head coach at Rochester University. This is his 5th year at Team Detroit. In 2015 Joe was part of the coaching staff that watched his 17-1 open team finish 3rd in the nation and attain a Bronze medal in Orlando, Florida at the AAU national championships.
.
Podvin's volleyball career spans beyond just coaching, he was the club Owner and Director of SOVC a Troy Michigan based AAU girl’s volleyball club in the 80s/90s. In 2015, Joe performed Interim Director duties along with his coaching duties for Oakland Elite Volleyball Club.
.
Knowledgeable, focused, positive, energetic, optimistic and successful are just a few of the words that describe Joe’s coaching style and demeanor. Coach Podvin believes that there is absolutely no place in training for negativity, period.
Joe has played a significant role in the development of athletes attaining high school All-League, All Conference, All- State, All-American and Miss Volleyball Michigan honors along with scholarships in all college Divisions including the Big Ten.
Joe has worked as a coach, trainer, and evaluator for numerous volleyball clinics & camps with some of the top clubs in the country. He continues to expand his coaching knowledge though clinics, video, and seminars. Coach Podvin also carries multiple certifications and has been actively involved with USA Volleyball High Performance programs and evaluations.

Joe is an Executive Recruiter and managing partner of a national consulting firm. Joe is married to his wife Catherine of 22 years. Outside of volleyball Joe enjoys vacationing with his wife and golf trips with his buddies. Joe is a single digit handicap golfer, fly fisherman , outdoor enthusiast, and ex-rock & roll drummer.