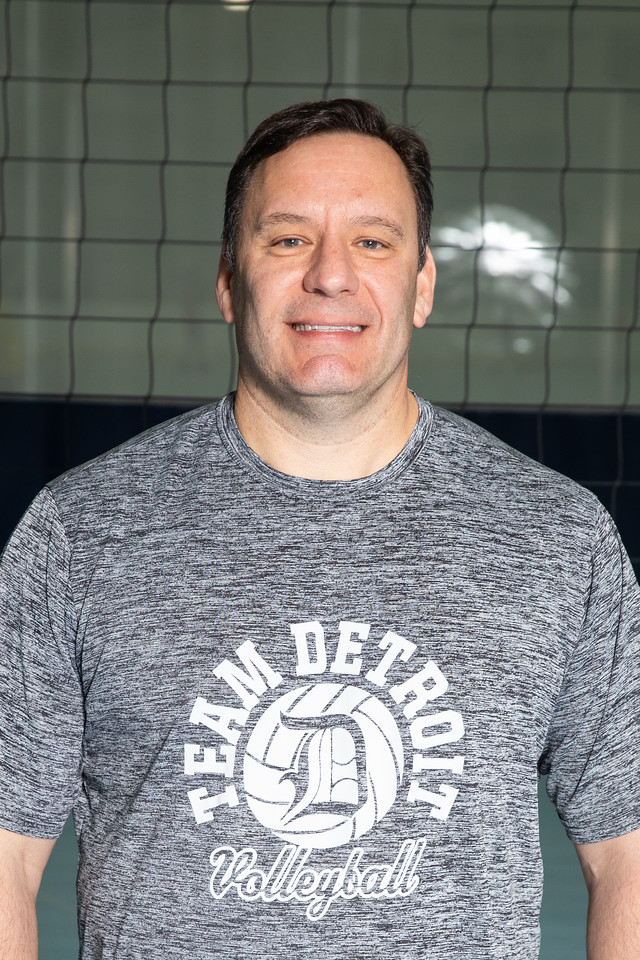 Jim has coached club volleyball for over 5 years and he is in his 3rd year with Team Detroit. He has coached at the national, select and state levels. Last year he led 17-White to a 54-35 match record including 4 runner-up finishes in the Gold bracket. This season Jim stepped up to take on a leadership role at Team D as the facilities manager.
.
Jim has been a firefighter for the past 29 years and just recently retired as Fire Chief from the Shelby Twp Fire Dept. He and his wife Jennifer have two daughters: Jenna who played her final two club seasons here at Team D, is now a freshman at MSU and Jordyn who is a Junior at Anchor Bay High School.
.
After College Jim was an avid beach player for over 10 years. If he wasn’t at work he would be in the sand. When he has any free time he enjoys the occasional camping trip with his family, CrossFit, and just hanging out with his wife and two daughters.