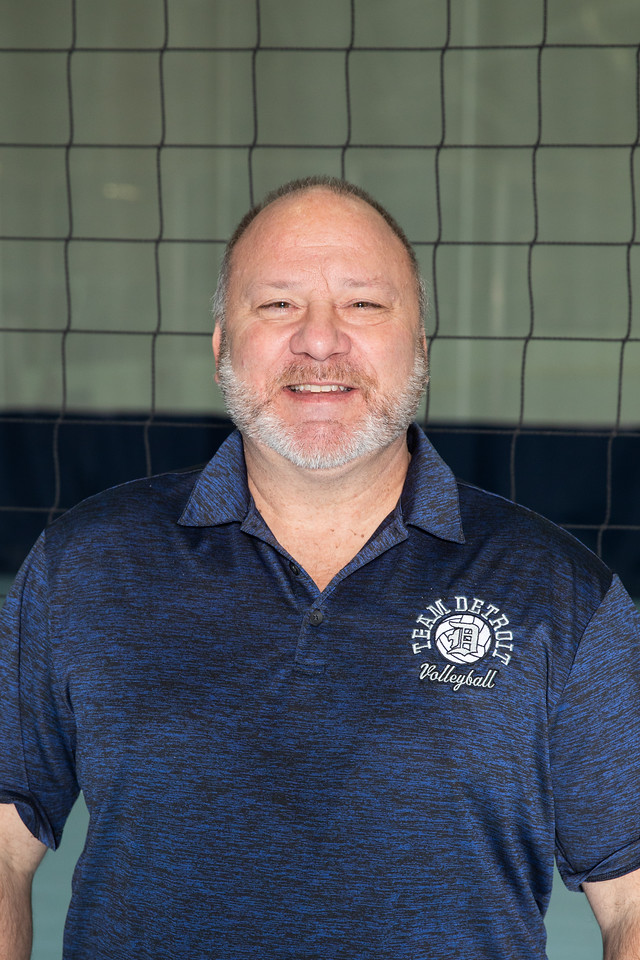 Ed is one of the founding members of Team Detroit. He has been training volleyball and mastering that craft for over 30 years. Ed has trained/mentored over 400 athletes to earn college volleyball scholarships (with too many awards to list). He has coached a top 18's National team in the State for the last 20 years and several of those teams have gained National Recognition. His 2012 team won the National Championship in Columbus Ohio.
.
Ed is currently the head men's and women's coach at Lawrence Technical University where he has been coaching for the past 6 years.  In 2019 he was named the Conference Coach of the Year and Mid-East Region Coach of the Year after leading his women's team to a historic 32-2 record, top 20 ranking, and a birth in the National Championships, all firsts for the LTU program!
.
As a former pro-am open level sand player, Ed spends his summers training the next generation of athletes on the sand. Ed is married with 2 children and loves to refurbish cars in his spare time.
Ed has been of the best trainers in the area for 3 decades, teaching all the advanced skills needed for college players (he continually updates his knowledge by attending college practices and conferences as well as training with some of the best clubs in Midwest).