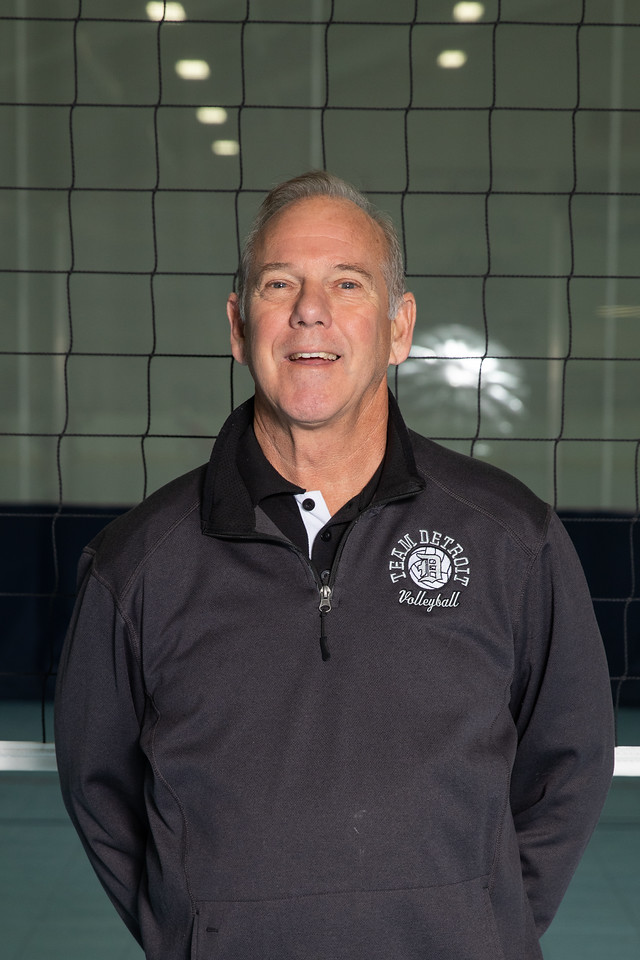 Dave Nichols, is a native of California and grew up playing volleyball on the beach with the likes of Ron Von Hagen, Greg Lee, and Wilt Chamberlain. He finished his collegiate playing career at UCLA in 1976 after helping the Bruins win three national championships. He graduated in 1978 with a degree in History. Dave went on to enjoy a successful professional career in both Italy and on the US beach circuit, before beginning his coaching career as a graduate assistant at UCLA where he tutored volleyball legend Karch Kiraly and helped the Bruins win the 1979 national title.

Dave has been an assistant coach at Tulsa University, Arizona State, and the University of California, and has led teams as a head coach at Florida Gulf Coast University, Barry University, and with the San Jose Storm (PVL). Dave's successes coaching club include a 3rd place open finish at AAU Nationals in 2015 with his U17 team. In the 2016 season, Dave became the first coach at Team Detroit to qualify for USAV Nationals in the Open Division, a feat he repeated in 2017 on his way to finishing #5 in the nation at the USAV Nationals.
In 2018, Dave led his 17-Red team to win 2 National Titles! He won at the AAU Nationals in Orlando and then came home to win a GJNC title here at Cobo Hall. Dave is currently an Assistant Coach at Lawrence Tech University and coaches our 17-Red team.
Dave is one of our Master Trainers and is available for lessons. As Technical Director, Dave will be directly responsible for training and implementing systems with our coaching staff by periodically attending practices for all teams to ensure skill development & continuity throughout the club.

Dave likes to visit his 2 children in Florida and to travel overseas. You can usually find him wherever there is a warm beach and good surfing.