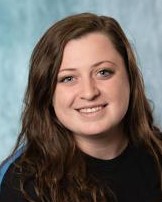 Ciara Schultz played her High School career at Lakeland High School where she was twice All State Honorable Mention. After graduating in 2012, she attended Oakland University where she was the starting setter all four years. Her many collegiate accolades include leading OU to their first Horizon League Conference and Tournament Championship and their first ever NCAA tournament appearance. During her career, she ranked in the Top 25 in 3 setting categories for all of D1, broke four school records, and in 2015 was the Horizon League Setter of the Year.
.
Following college, Ciara competed overseas before returning home to share her skills and passion for volleyball through coaching and mentoring young athletes. She’s coached all ages in club volleyball since 2012, with the last four seasons at the National level. In 2019, she helped guide her U14 National Team to a 5th place overall finish at AAU Nationals in Orlando, Florida. Ciara is the Varsity Coach at Royal Oak High School.
.
This is Ciara's 1st year at Team Detroit. Schultz is our lead trainer for our National Team Setters where she is focused on developing high level training for our top setters in order to improve their skills and raise their game.
Ciara is one of our Master Trainers and is available for Semi-Private Lessons on many Sundays throughout the year.
.
In her free time, Ciara loves to play with her dogs and is a huge fan of Disney movies!