Team Detroit is proud to announce our newest Master Trainer and head coach!

Nichols, a native of southern California, grew up playing volleyball on the beach with the likes of Ron Von Hagen, Greg Lee, and Wilt Chamberlain. He finished his collegiate playing career at UCLA in 1976 after helping the Bruins win three national championships.

A 1978 graduate of UCLA with a degree in History, Nichols enjoyed a successful professional career in both Italy and on the US beach circuit, before beginning his coaching career as a graduate assistant at UCLA, where he tutored volleyball legend Karch Kiraly and helped the Bruins win the 1979 national title.

Coach Nichols has been an assistant coach at Tulsa University, Arizona State, and the University of California, and has led teams as a head coach at Florida Gulf Coast University, Barry University, and with the San Jose Storm (PVL).  Last year Dave successfully coached the Oakland Elite 17-1 team to a 3rd place open finish at AAU Nationals.  In the 2016 season, Dave became the first coach at Team Detroit to qualify for USAV Nationals in the Open Division.

As Technical Director, Dave will be directly responsible for training and implementing systems with our coaching staff by periodically attending practices for all teams to ensure skill development & Continuity throughout the club.

Ed has been training volleyball and mastering that craft for over 30 years. He has trained/mentored over 400 athletes to earn college volleyball scholarships (with too many awards to list). He has coached a top 18's National team in the State for the last 20 years and several of those teams have gained National Recognition.  His 2012 team won the National Championship in Columbus Ohio. He adds a unique level of mental and VBIQ understanding / learning with his lessons and training.

He has been of the best trainers in the area for 3 decades, teaching all the advanced skills needed for college players (he continually updates his knowledge by attending college practices and conferences as well as training with some of the best clubs in Midwest).  He is currently the head men's and women's coach at Lawrence Technical University where he has been coaching for the past 5 years.

As a former pro-am open level sand player he has turned that into adding a sand program which will be incorporated into more Team Detroit indoor programming.  He has coached sand college players in addition to launching the Team D sand program. 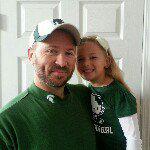 Brandon Parsley brings a long and diverse coaching resume to Team Detroit Volleyball Club. He achieved success at all levels of volleyball from the collegiate ranks to parks & recreation level. He has a reputation for being dedicated, self-motivated, compassionate & energetic both on and off the court along with a high aptitude in developing rapport with players, families, & other staff professionals.

Currently, Joe is the head coach of Team Detroit 18 Ranger national team and the Avondale High school varsity volleyball coach. In 2015 Joe was part of the coaching staff that watched his 17-1 open team finish 3rd in the nation and attain a Bronze medal in Orlando, Florida at the AAU national championships.

Podvin's volleyball career spans beyond just coaching, he was the club Owner and Director of SOVC a Troy Michigan based AAU girl’s volleyball club in the 80s/90s. In 2015, performed Interim Director duties along with his coaching duties for Oakland Elite volleyball club.

Knowledgeable, focused, positive, energetic, optimistic and successful are just a few of the words that describe Joe’s coaching style and demeanor.  Coach Podvin believes that there is absolutely no place in training for negativity, period.

Joe has played a significant role in the development of athletes attaining high school All-League, All Conference, All- State, All-American and Miss Volleyball Michigan honors along with scholarships in all college Divisions including the Big Ten.

Joe has worked as a coach, trainer and evaluator for numerous volleyball clinics & camps with some of the top clubs in the country. He continues to expand his coaching knowledge though clinics, video and seminars. Coach Podvin also carries multiple certifications and has been actively involved with USA Volleyball High Performance programs and evaluations.

Along with his volleyball coaching, Joe is an Executive recruiter and Managing partner of a National consulting firm. Joe is married to his wife of 21 years Catherine who is a Human Resources Executive consultant for a Fortune 20 company.

Jeff Gabel is a highly experienced athlete, coach and leader and we are proud to have him serving as Business Director and Chief Executive Officer of Team Detroit Volleyball for 2015 season.

In his youth, he was a varsity basketball standout at Brighton High School.  He earned an appointment to the United States Military Academy (West Point) where he lettered in basketball and team handball.  Upon graduation in 1991, he earned a BS in Engineering and was commissioned as a Second Lieutenant (Infantry) in the US Army. In 1994, he was selected as the top 3% of Infantry officers in his year group and proudly served in the highly competitive 75th Ranger Regiment. He served on active duty from 1991-1997, and then joined the Civil Affairs branch of the US Army Reserves in 1999. He is now a Colonel and currently assigned as a Civil Affairs Planning Team Chief for the 353rd Civil Affairs Command at Ft. Wadsworth, NY.

Gabel is an accomplished athlete having played Division I Basketball for 2 years as well as the multiple years of Team Handball. In 1992, Gabel was invited to train with the US Team Handball team at the Olympic Training center in Colorado Springs, CO.  He has won 3 national titles in the sport and In 1999, he was picked to represent the combined US Armed Services for Team Handball and played in the World Military Games that were held in Bucharest, Romania.

He has coached many levels of basketball for more than 15 years and is the current JV girls basketball coach at Saint Catherine of Siena Academy in Wixom.

Prior to joining Team Detroit in 2014, he had a long and successful career as a Senior Surgical Sales Representative with Covidien.

He is married to Paige Pualani Gabel and together they have two daughters:  Malia is a junior and plays volleyball at Northern Illinois University and Makena is a sophomore at University of Toledo.

He is a leader in our organization and our community. He knows the value of hard work and a positive attitude.  He is exactly the type of person we want mentoring our young athletes and coaches at Team Detroit.  He doesn't just know the definitions of important values like trust, honesty, and respect; he has lived them in defense of our country's freedom and other world citizens' basic human rights. He continues to infuse our Club with his excellent character.